My first trip to West Texas was in 1976.  A family of seven in a wood-paneled station wagon, towing a Jayco pop-up camper.  I was six.  I remember our trek from Houston to Big Bend and seeing the transformation of the land.  From flat coastal farmland to rolling hills to plateaus to mountains.  I remember thinking it looked like what I saw on Saturday morning Looney Tunes.  At least I think I remember.  My father was a photographer and he documented every move we made growing up.  So maybe it’s having the photos and the Super 8 film footage that has allowed that trip to remain so clear in my mind.  I remember camping at Chisos, “fishing” at Santa Elena Canyon and I remember seeing my first roadrunner - and being disappointed it wasn’t the size of an ostrich.  Countless return trips to Big Bend, Marfa and Balmorhea over the years has strengthened my love for West Texas.  It has become annual.  West Texas is vast.  And I love every inch of it.  But there’s one stretch of highway that has forever captivated me.  Perhaps my favorite drive on earth.  Highway 17 from Fort Davis to Balmorhea.  Every time I’ve made that drive, I’ve had a burning desire to explore the other side of that mountain range.  At the age of 49, thanks to my friend Allison Ryan, I finally made it over.  The Withers is Allison’s family ranch.  And it's everything I dreamt it would be.  Breathtaking mountains with rugged terrain, a deep canyon, a flowing creek full of fish, abundant wildlife, a deafening silence and the brightest stars I’ve ever seen.

Allison graciously hosted me and my family for three days and nights.  We were pulling a camper.  I was reliving my childhood and I couldn’t have been more excited to get my family off the grid.  COVID was taking its toll on all of us.  The consummate host, Allison met us at the highway in her 4x4 and we ditched our truck and camper.  We climbed into her 4-Runner and slowly ventured off-road.  And as they say, getting there was half the fun.  The further into the ranch we drove, the more treacherous to drive became.  Exactly what I’d hoped for.  Pristine, rugged, breathtaking Texas mountain terrain. 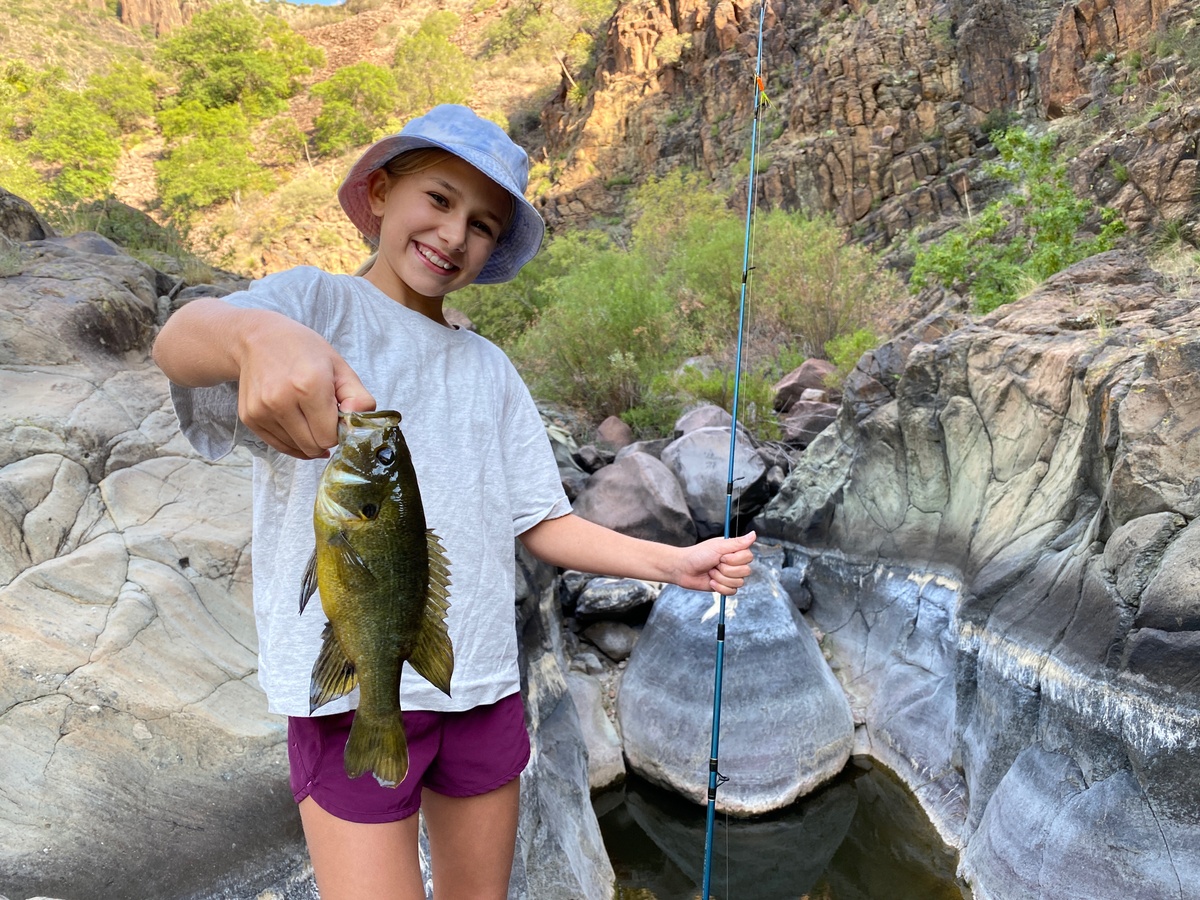 During our stay at The Withers, Allison showed us all of the best vistas and led us on the best hikes.  We saw loads of wildlife and my kids pulled fish from the creek non-stop.  We ate like kings and slept like babies.  Three days off the grid and I was feeling rested.  I didn’t want to leave The Withers.  But we had an itinerary.  And so we headed out.  Next stop, Truth or Consequences, New Mexico.

After three days of hiking The Withers followed by six hours of driving, we arrived at Sierra Grande Hotel and Spa and were greeted with a warm hospitality.  We checked into our Casita, a private house adjacent to the hotel.  The kids immediately went for the mineral bath while my wife and I had spa treatments.  The next day, Sierra Grande had us scheduled for a tour of Ladder Ranch, 156K acres of pristine, rich biodiversity.  No time for lounging.

We met our Ladder Ranch tour guide, Ken, early the next morning at the entrance to the Ranch.  Like Allison, Ken was in his element. He was eager to educate.  Having worked the ranch since 1987, Ken knew every turn.  He knew every animal species and every plant species.  We climbed into the Polaris and off we went.  Over the next five hours, Ken educated us on the history and the abundant wildlife and plant-life on the reserve. Roaming across that land felt like a trip back in time.  Early America.  Bison were grazing on the prairie, coyotes were on the prowl, hawks soared overhead.  We even saw a rattlesnake.  Our first real rattler in the wild.  But maybe more mind-blowing, was seeing what was left behind from the Pueblos.  Ken showed us dwellings, cave drawings, broken pottery and tools.  Thousands of years of history.  I’m a native Texan and as proud as they come.  But I have to admit, that New Mexico land rivaled anything I’ve seen in Texas.  I said rivaled.  We’ll call it a close second. 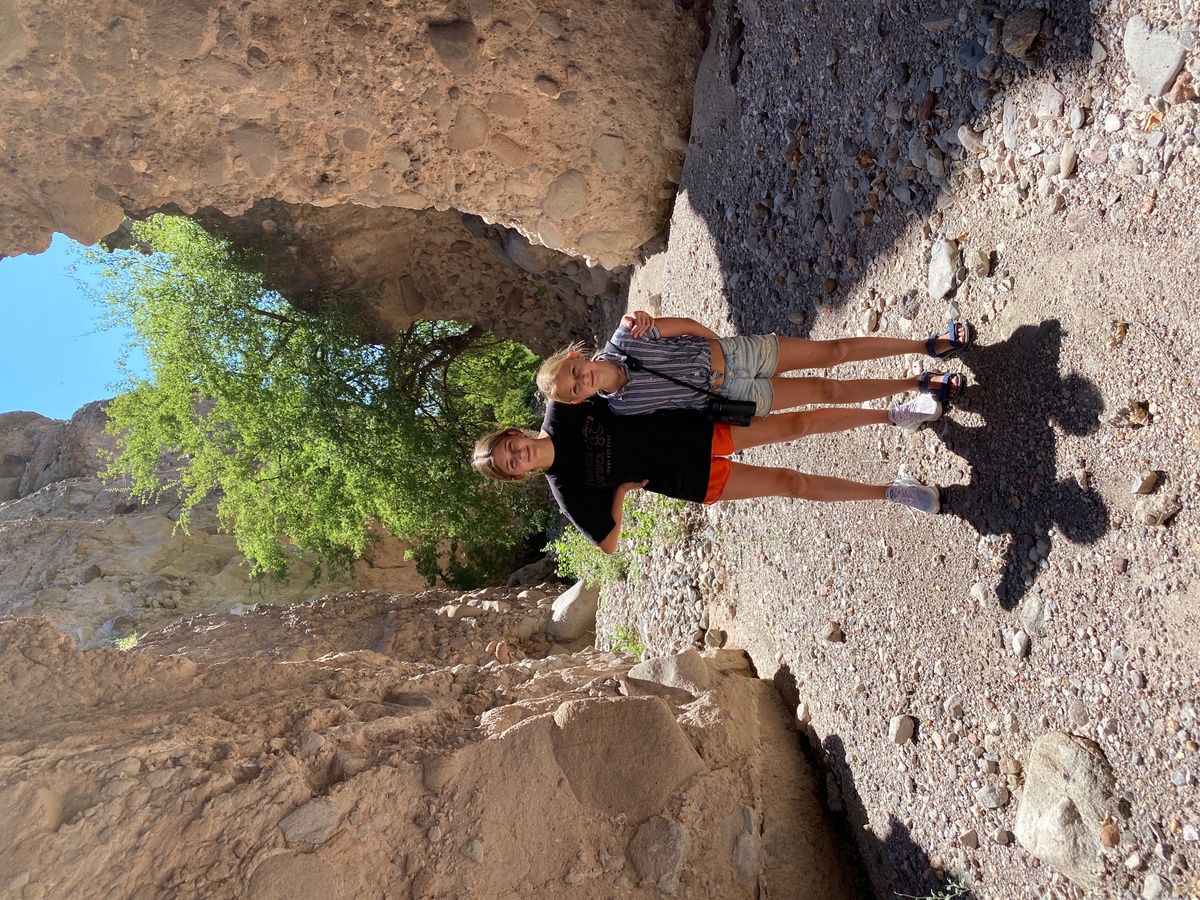 We left Ladder with a deep appreciation for the Southwest.  I wanted to know more about the indigenous people who once lived off the land.  And we failed to see a wolf.  But, you know, itinerary.

Time to sled.  The next morning, we woke up before sunrise and ventured toward White Sands National Park.  The park opened at 7am and we were determined to be the first ones there.  The Clark Griswold in me had us there as planned - on time.  Only problem, the gift shop didn’t open for another hour.  We had no sleds.  Somebody say Clark Griswold?  Fortunately, the park ranger took pity on us and showed us to some disks that were hidden behind a retaining wall.  Sleds for the early birds.  Or for the desperate and the unprepared.  The kids had a blast. 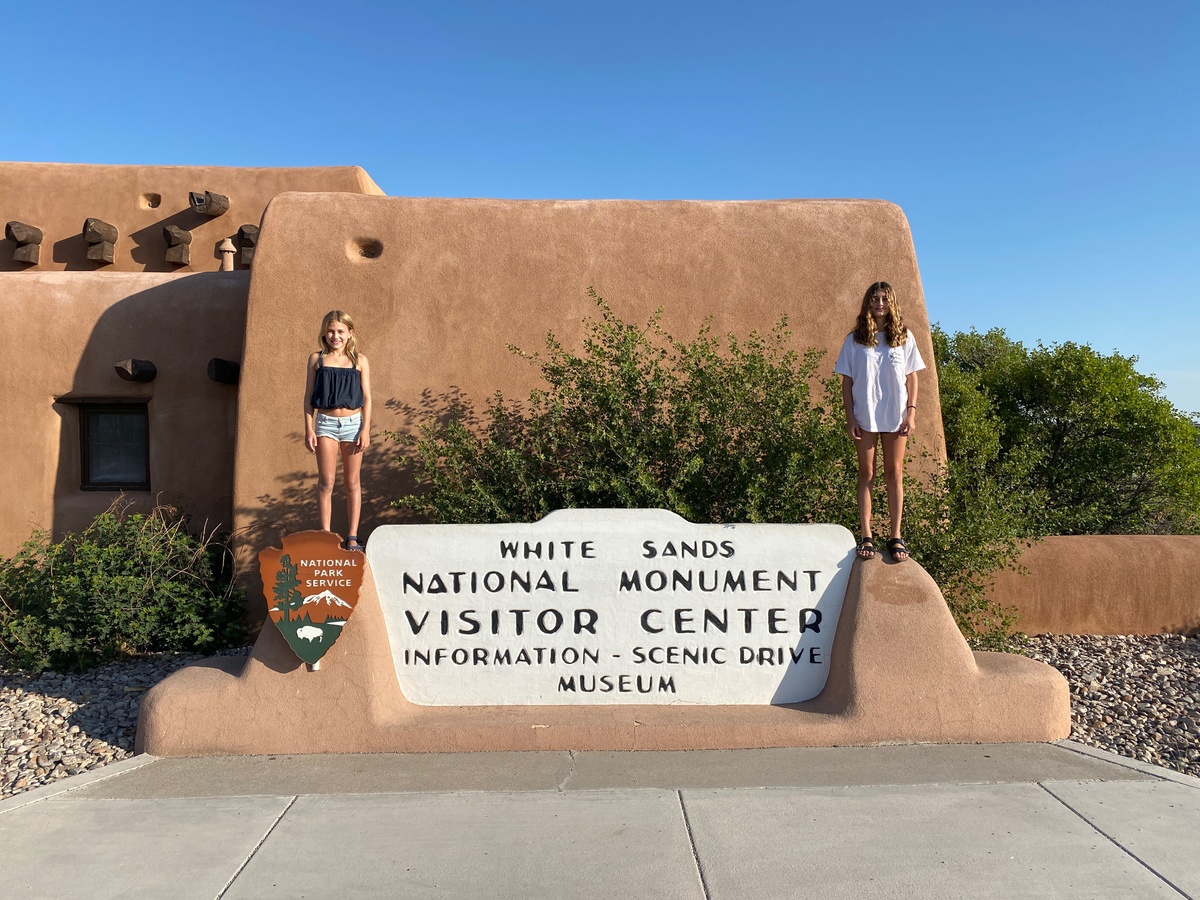 No time to lollygag.  We had another ranch to explore.  We brushed off the sand, left White Sands and made our way south to The Chandler Ranch, "a rugged canyon oasis at the confluence of Independence Creek and the Pecos River.”  True to form, we were met by a gracious host.  This time, Richard.  As we entered the property, Richard flagged us down, showed us our cabin and then immediately asked if we were hungry.  Not only is Richard the ranch manager, but he’s the chef.  And a damn fine one.  The kids wasted no time getting into their swimsuits.  The went headfirst into that natural spring-fed pool.  A deep pool with a diving board?  Come on.  Doesn’t get any better than that.  Actually, not true.  It did get better.  Our accommodations were incredible.  A recently renovated cabin with ice-cold A/C and comfy beds, a game room attached to the kitchen, complete with a pool table, ping pong table and foosball table.  And a crystal clear Independence Creek running in front of headquarters and spilling directly into the Pecos River.  We spent our time jockeying between the pool and the Pecos, where we kayaked, fished, jumped off of rocks and, generally, splashed about.  Chandler is the perfect getaway for those with kids.  And we can’t wait to return.  That pool, that river and Richard’s Mexican dinner! 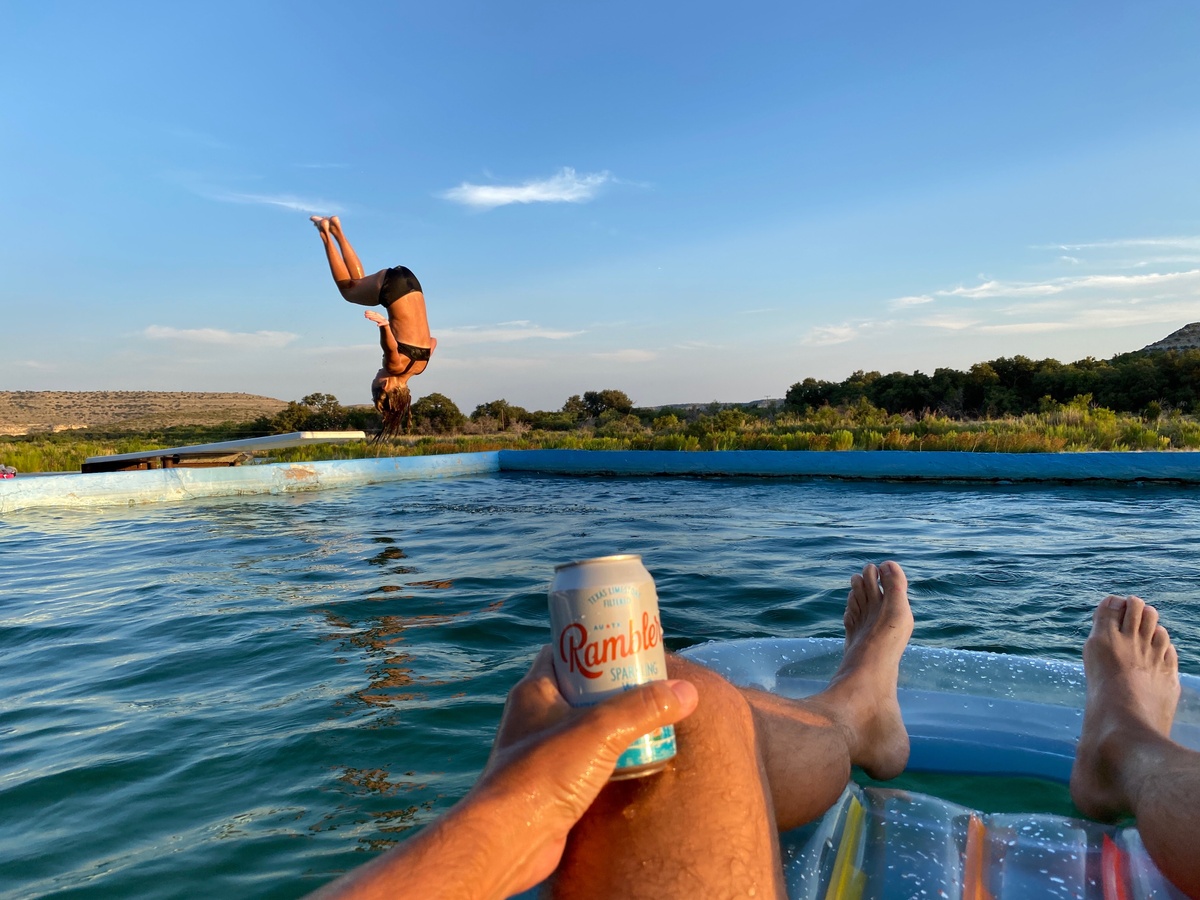 Of course, there was an Itinerary.  It was time to head back to Austin.  Didn’t want the dogs think we’d abandoned them.